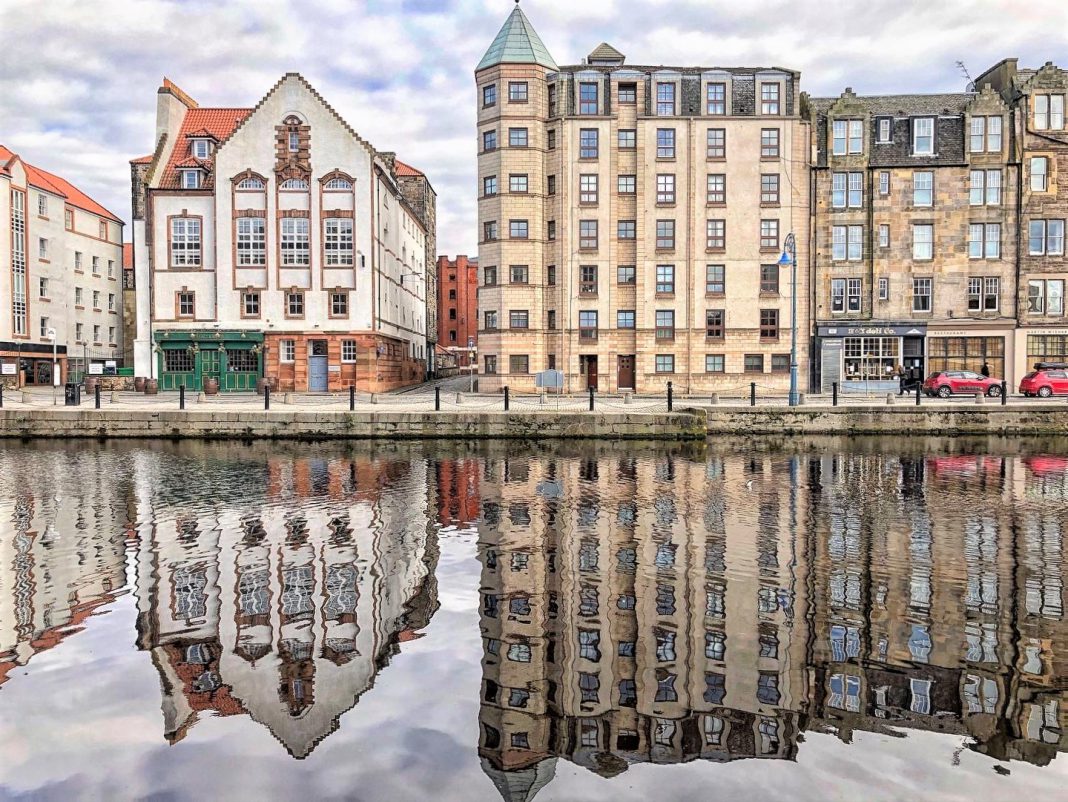 Leith has been labelled ‘up and coming’ for years, but if the increase of foot traffic down to the very end of Leith Walk and the amount of new shops, restaurants and bars moving in is any kind of barometer, I’d say it’s already arrived. 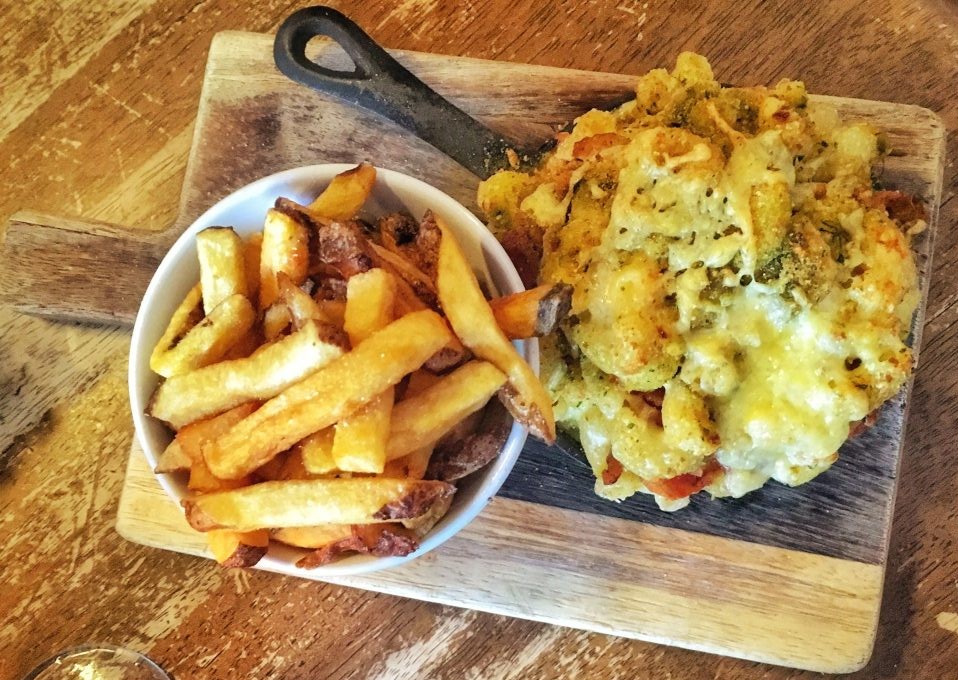 The best word to describe Roseleaf is ‘lovely’. It’s a lovely little neighbourhood pub with delicious, homemade style food with a few ‘healthier’ flourishes thrown in the mix, just to make sure we all get our veggies in there somewhere. It’s one of the best places in Edinburgh for breakfast and brunch and they’re also known for their ‘Pot-tails’, which are basically cocktails served in teapots. If you’re a Mac fan, Roseleaf’s Mac ‘n Cheese is tops!

Domenicos is an unassuming family run Italian restaurant quietly serving up exceptional, homemade Italian food. Locals have been going here for years, but word has spread finally. If there was an award for the restaurant most frequently dubbed a ‘hidden gem’ this would be the winner hands down. Seriously people, it’s time to roll out a new cliché. It’s also a great choice for a lunchtime takeaway sandwich or wrap if you’re checking out The Shore and just want something simple to eat.

Being so close to the sea and with a rich history in boat building, fishing and trade, there’s lots of great places in Leith for fish. Fishers just happens to be one that is housed in a 17th Century watchtower and is considered by many to be the best seafood restaurant in the city. The vibe is unfussy and casual, and you can choose from the slightly fancy A La Carte menu or the crowd pleasing Fishers Favourites.

It looks just like a traditional British pub (originally opened in 1896), but it doesn’t act like one. You’re not coming to Nobles to have a few beers with your mate. Well you could, but that would be a waste. You’re coming for their amazing takes on traditional Scottish dishes. Like Roseleaf, Nobles also has one of the best breakfast/brunches in the city. Dishes are a couple of pounds more expensive than other places in the area, but it’s warranted for the quality.

The food presentation at Ostara is so good you almost want to put a frame around it and hang it on the wall. Brunch is what they do best, but they’re also now also open for dinner on Friday and Saturday nights. It’s right by the Water of Leith too, so if you’re out for a cycle day, it’s a great place to stop by either before or after your ride. 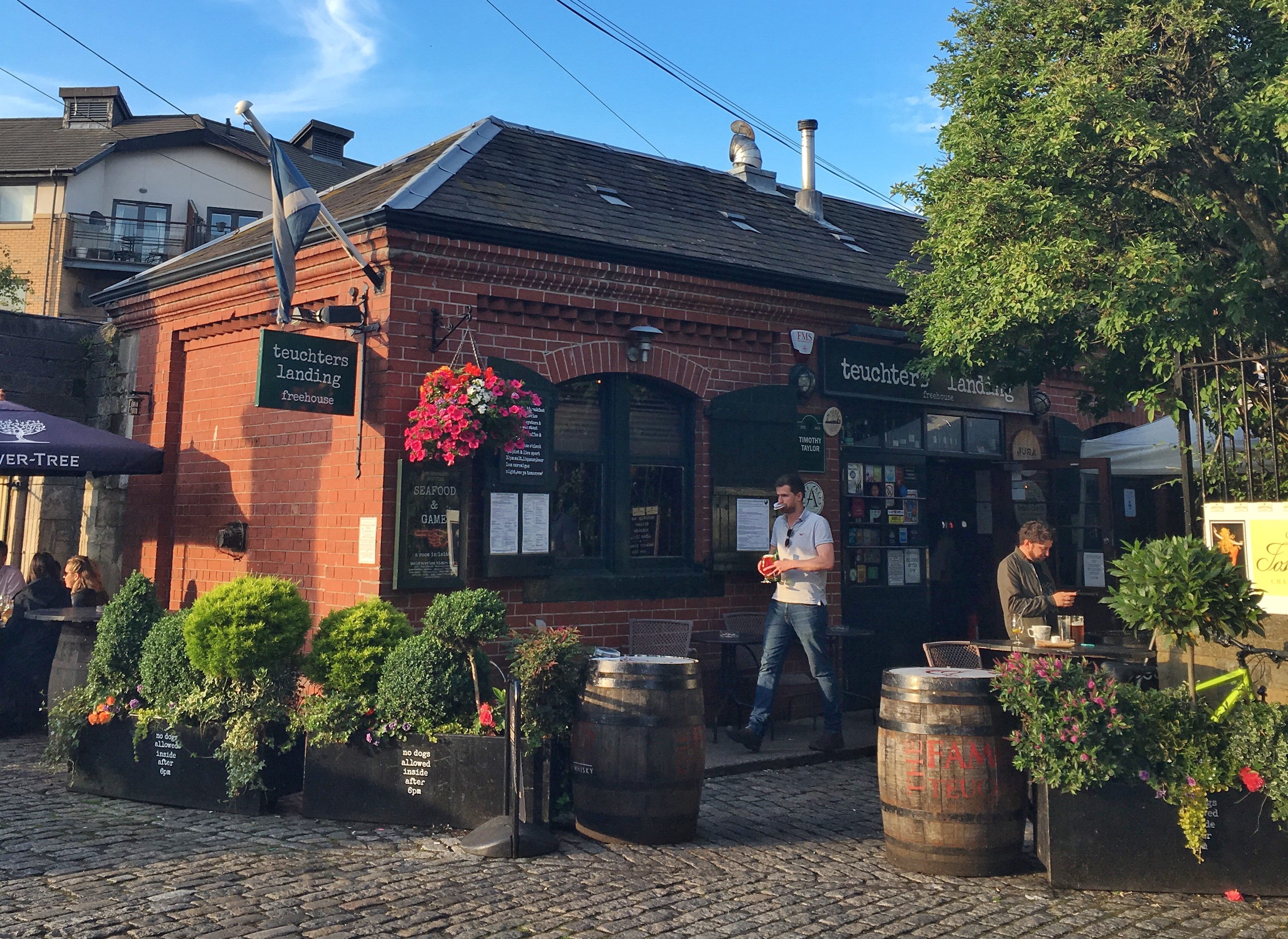 One of my top 5 places to eat in the whole city, Teuchters is a down to earth, traditional Scottish pub with very tasty, no nonsense, affordable pub favourites. It’s sort of hard to find and a little bit of an in-the-know place, so is usually full of locals, filling up all the nooks and crannies inside and making use of the plentiful outside space (including the much sought after pontoon) if it’s a sunny day. For a bit of a laugh, see if you can win the ‘hoop of destiny’. And no, I’m not gonna explain that, you’ll just have to go and see for yourself.

Here you’ll get high-end steaks (OK and some fish) cooked over an open flamed charcoal grill for maximum flavour. Besides the steaks though, there’s burgers, hotdogs, lobster, desserts and cocktails. Pretty much everything at Chop House Leith is just yum.

Toast is a wine bar/cafe, but they are very popular for brunch. If you visit a bit later though, you can try their evening small dishes and wine pairings. With exposed brick walls, big windows that look out onto The Water of Leith, it’s a great place for a relaxed people watching session. Oh and the bread/toast? Sourdough of course.

There are quite a few Spanish tapas style of restaurants in Edinburgh, but Tapa would be one of the few authentic ones. How does aubergine crisps drizzled with honey or warmed goats cheese with caramelised sugar, pistachios, chilli and peach aioli or croquettes of Iberian black pig cheeks with a caramalised apple and sherry salsa sound to you? Did you dribble a bit reading that? Well good, off to Tapa you go then. 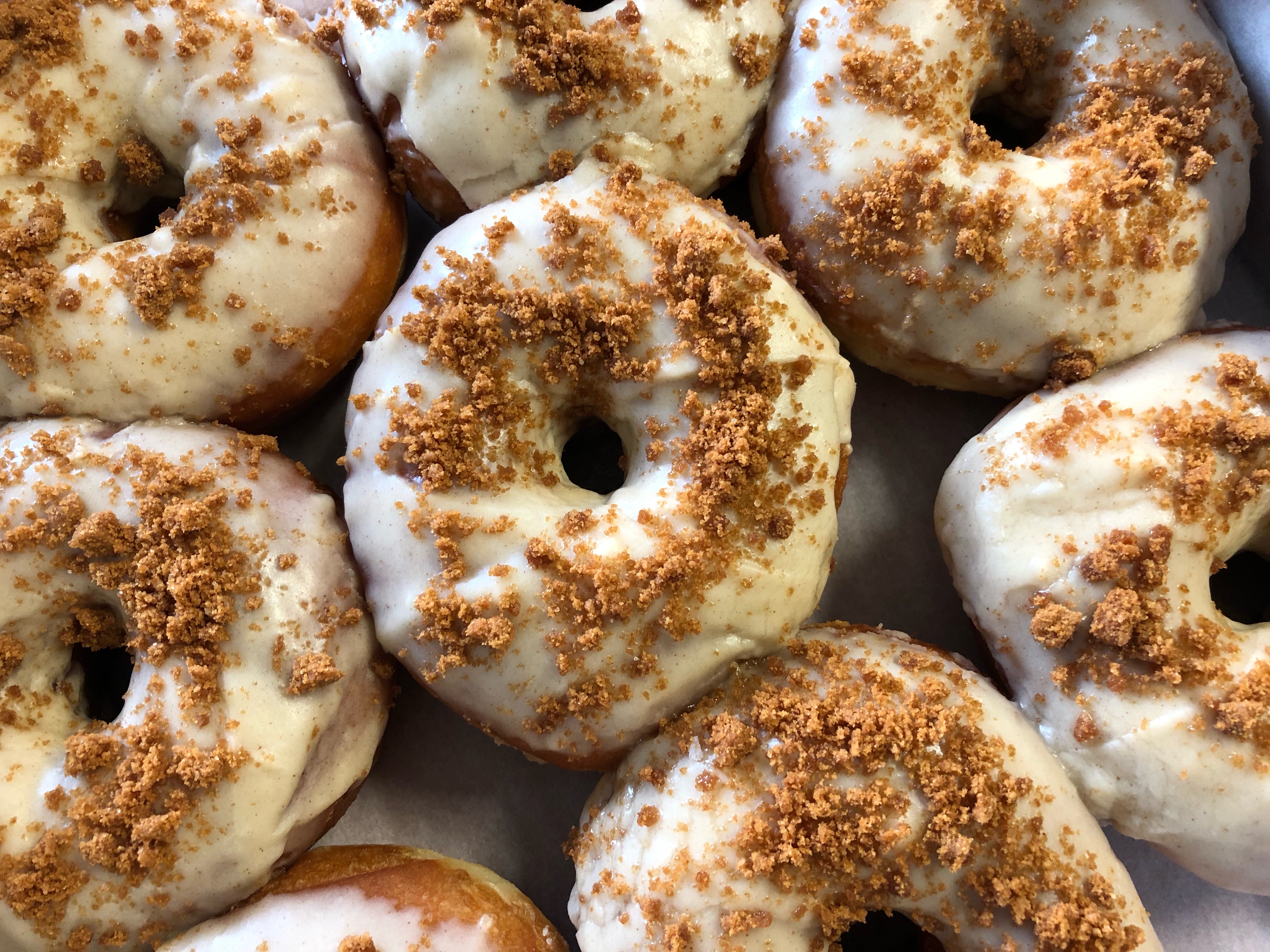 What you’ll find at The Kilted Donut are US style ‘donuts’; big, hulking balls of dough, either filled or round, with flavours like Maple Bacon, S’Mores, Banoffee and Boston Cream. Each day there are six flavours available from a roster of over twenty, plus weekly specials that, if popular, become permanent. For me it’s usually the classics like Cinnamon and Sugar or Lemon Drop that take my fancy, but I have often gone a bit crazy and tried specials like the Unicorn, Apple Crumble and Boozy Blueberry. I mean, you just have to, don’t you?

There’s a hell of a lot of great pizza in Edinburgh now, but Razzo Pizza Napolitana, for me, has the best pizza in Leith. It’s Naples style (obviously), thin crust, and made with authentic Italian ingredients and cooking methods. There’s a small dining area, but no booking available, so it’s first come first served for eating in. If you’re a cheese fan, make sure you check out the Mozzarella in Carrozza, which is basically fried cheese. Yes please.

Nothing fancy here, Printworks is just a great little cafe feeding and watering us with food and drink from some of Edinburgh’s (and London for the coffee) best producers.

Leith is also the place to go if you’re feeling particularly flush and looking for a Michelin style of meal. Fancy is not really my bag (or my wallet), so I haven’t been to any of them (Martin Wishart, Kitchin, Timberyard). But if I was going to choose a fancy meal in Leith, I’d go for a fancy meal on a fancy boat – at Fingal, a luxury floating hotel. You can stay overnight on Fingal and indulge completely, or just book a visit for afternoon tea or dinner. Everything is top notch here, and to prove it, Fingal has just been ranked in the top 1% in the world for small hotels on Tripadvisor.

And don’t forget, the above are all the best places to eat and drink in Leith that aren’t on (or just off) Leith Walk. Those places are listed with oodles more great choices in a separate post here.