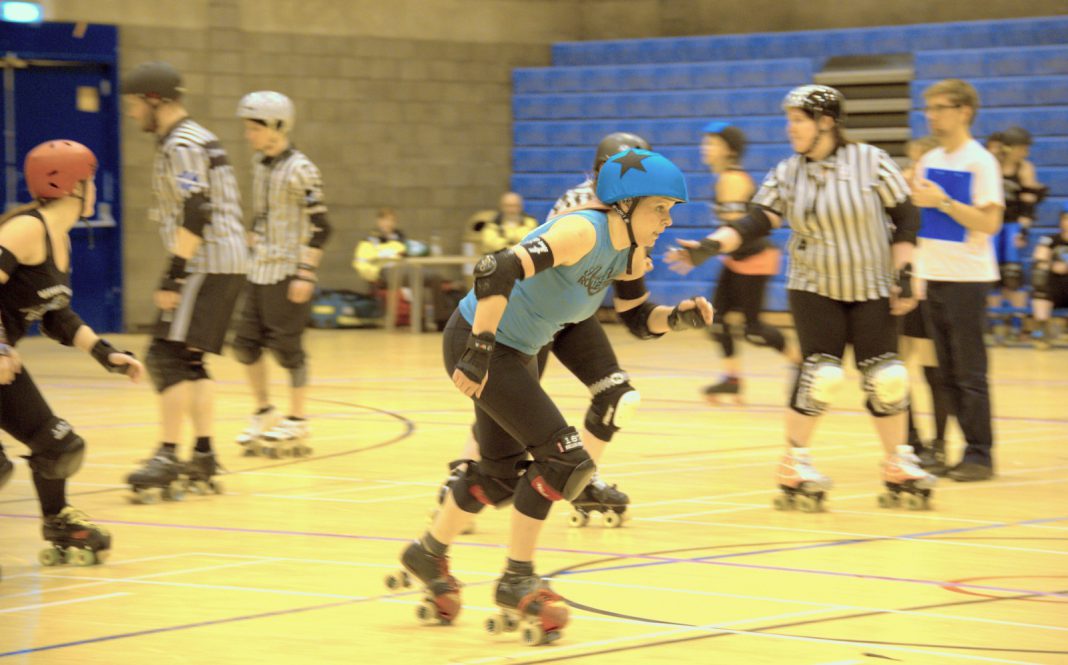 You’ve heard of Roller Derby, yes? Girls on skates hurtling round an auditorium, lots of bashing about to stop the other team passing, thrills, spills, tattoos, crazy, pun-tastic pseudonyms? Sound familiar? Maybe? OK, how about ‘Whip It’, Drew Barrymore’s 2009 film with Ellen Page as a shy girl who breaks out of nowhereseville  to become a roller derby superstar…

Yes, you’ve seen that? Thought so. Well, guess what? Roller Derby is alive and kicking in the Burgh. Edinburgh’s very own Auld Reekie Roller Girls regularly smash it up round the flat track, giving you with the perfect opportunity to go along and spend an afternoon doing something just that little bit different. Who needs football when you have Roller Derby?

Roller Derby is cool, it’s punk and it’s dominated by women (although there are some men only leagues). Thanks to the outfits, the tatts, the crazy hair, the music, the badass player names and the fact it’s a full contact sport, it practically drips street cred. No, it more than drips, it flows, it gushes. Yep, roller derby is a veritable geiser of pop culture cool.

It’s also a hell of a lot of fun to watch. There’s no limp applauding, no polite ‘tennis-like’ spectators, this crowd goes wild. There’s a real community feel in the way they loudly and proudly show their love for the teams, which are filled with women of all ages, all sizes and all walks of life . The 80’s soundtrack blaring from the speakers will no doubt have you screaming “Arrrgh, I love this song” more times than you thought possible and, if you’re new to it, with the help of the witty banter from the commentators, you’ll get the general gist of the rules by about half time.

And yes there are rules. It’s not just about brute force and strategically placed rear ends, although that may have been the case in the beginning. Velosidy, who has been an Auld Reekie girl for six years, told me that when she started there was indeed a lot of ‘let’s just slam into each other really hard’ going on. But the reason she loves her Roller Derby matches so much is that it has evolved into a much more strategic sport today. If you’re super keen and do some homework beforehand by watching ‘Whip It‘, you’ll see some of these tactics explained and demonstrated. 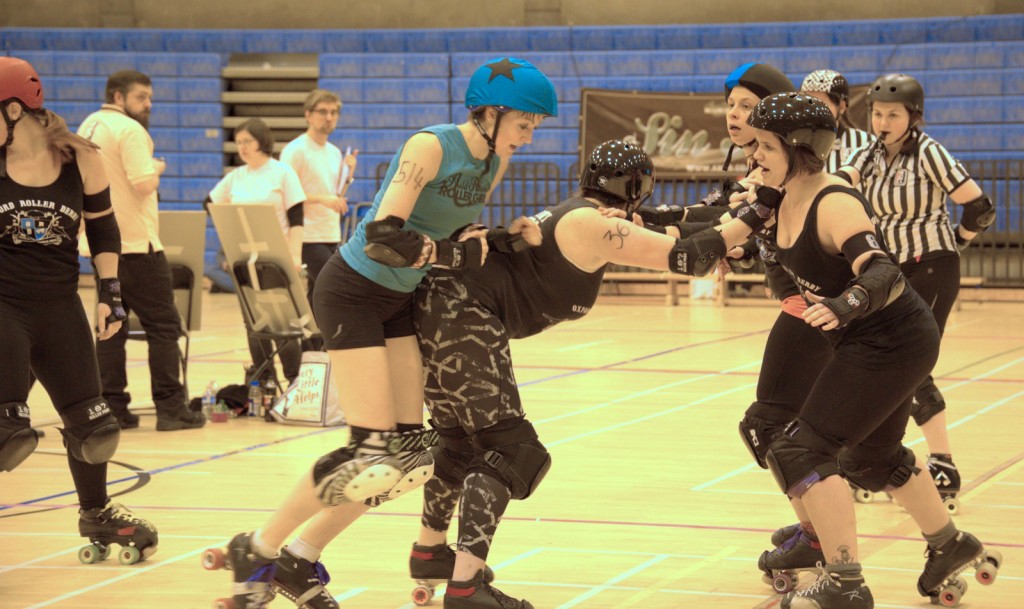 The History of Roller Derby

Roller Derby was born in the USA, the one place in the world where roller skating really took off as a leisure activity early last century. It began as endurance and speed races and stayed that way until the 1930’s. Then a promoter called Leo Seltzer set up month long endurance trials that toured the country on both banked (where the sides of the track are raised) and flat tracks, and Roller Derby really took off. At the end of the 30’s, the rules were tinkered with and Derby morphed into more of what we have today, with two teams trying to pass each other and score.

In the 1960’s, Seltzer’s son Jerry decided to jazz things up for television. Roller Derby became similar to wrestling, in that the games were scripted, the falls choreographed and the winners decided before the game even started. Unlike wrestling, this actually made the sport so unpopular it pretty much died, only to be resurrected in the early 2000’s. Good one Jerry.

As a result of that resurgence, today there’s over 1200 amateur leagues in the world, including the UK, Canada, Australia,  New Zealand, Brazil, Germany, Finland, Norway, Belgium, Sweden, Denmark, Israel, Dubai and Egypt.

What are you waiting for. Go check them out, scream your lungs off, have a laugh at the comedy from the commentators and try not to sing along to 80’s hits. Before you go, make sure you check out the player’s names and pick out your faves. Getting clear cleverness points from me are Yin and Bang, Pope John Brawl and Robinson Booze-O.

The Auld Reekie Roller girls have two travel teams and three home teams. The travel teams (All Stars and All Star Reserves) play at home and internationally. The home teams (Cherry Bombers, Skatefast Club and Leithal Weapons) play in their own UK league both at home and across the UK.

Games are held at the Meadowbank Sports Centre, in Edinburgh’s East.

The Film Fan’s Guide To Edinburgh