One of my favourite abandoned Edinburgh buildings left me conflicted today as I walked past to see that the artworld had taken possession of it. On the one hand I’m deliriously happy that in 2019 it will be turned into a hub for contemporary art. On the other, I’m totally bummed that on the off chance I ever stumble upon enough dosh to fulfill that imaginary scenario, I’ll no longer be able to buy it myself and turn it into a super cool warehouse pad. Bum.

Local fine-art printing workshop Edinburgh Printmakers recently won a Heritage lottery Enterprise Fund worth £5 million with which to develop the site. Until it opens to the public, installations will be mounted on the exterior of the building with featured artists’ work changing every few months. Below are works by Calum Colvin, a Glasgow born artist who has provided 120 posters of 60 different images to cover the building’s boarded up windows. The images are part of his ‘Magic Box’ exhibition. 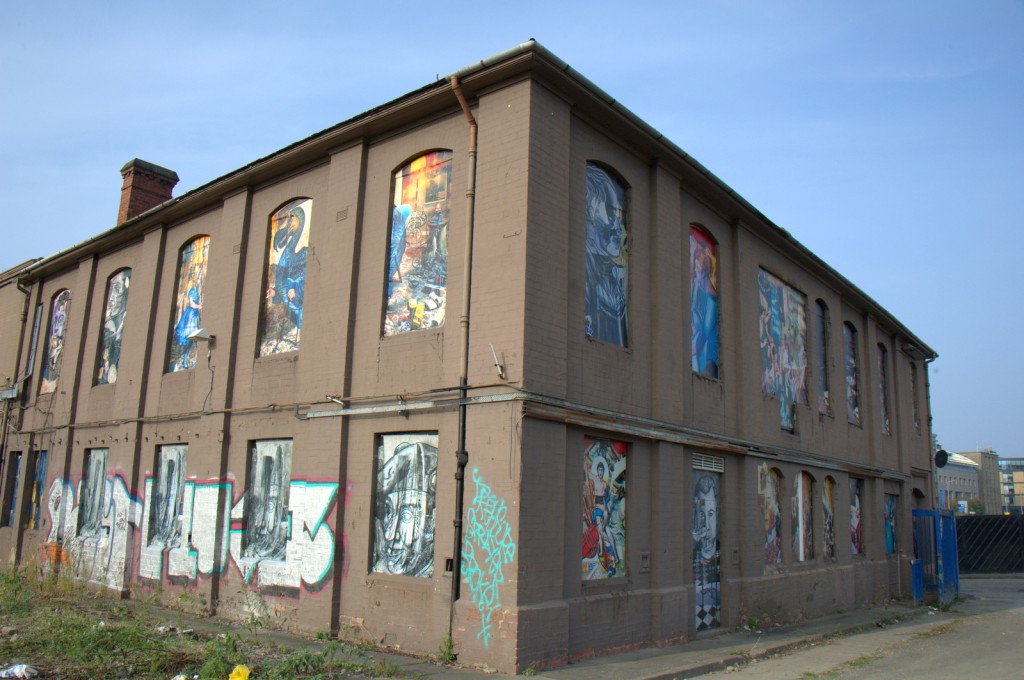 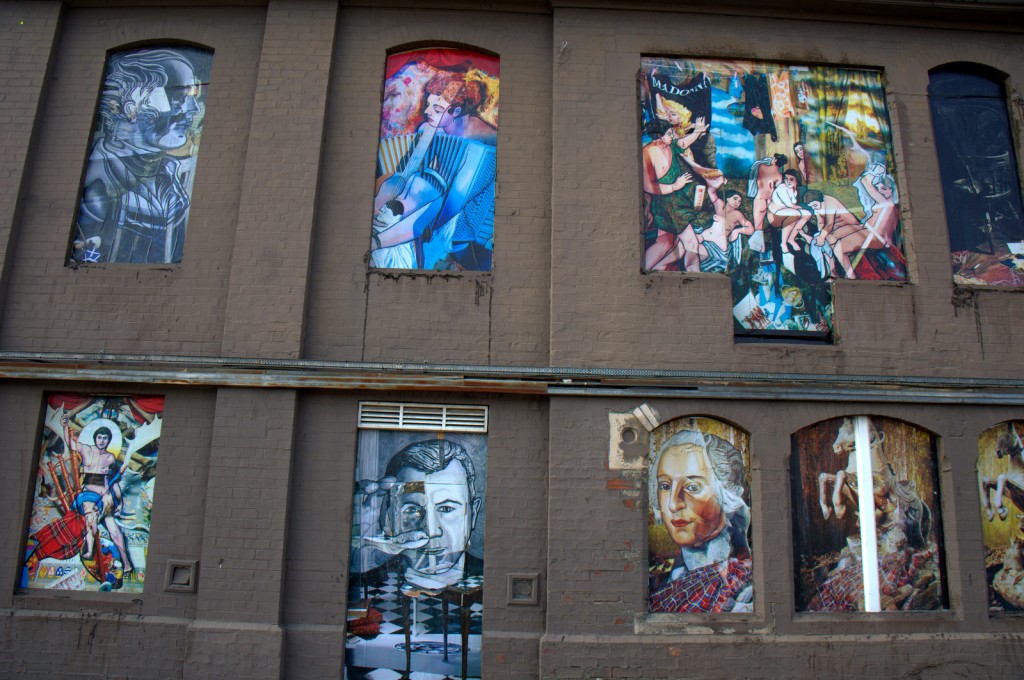 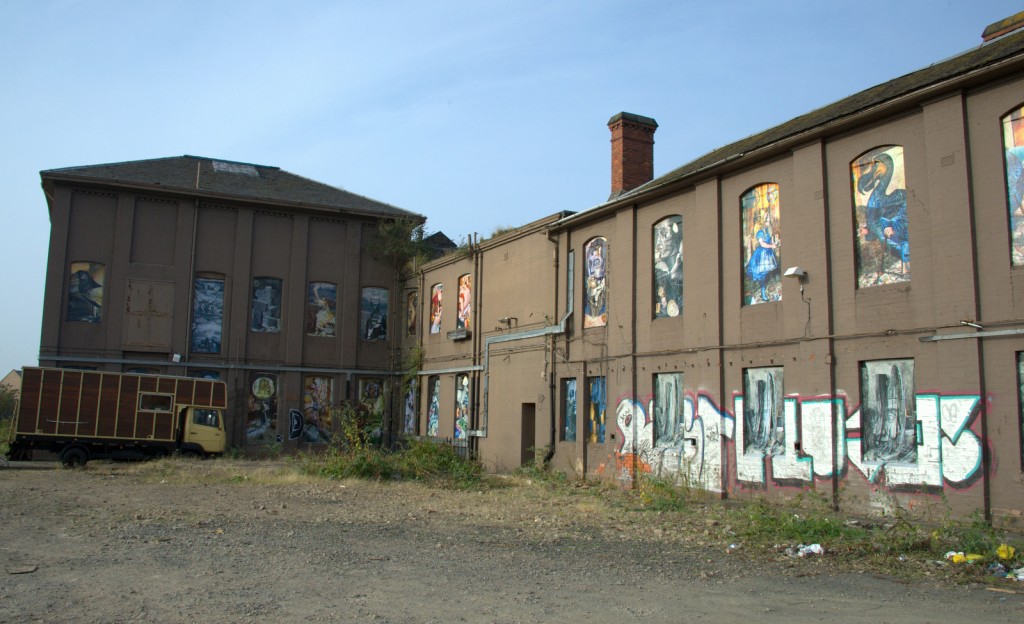 In the past, the importance of the North British Rubber Company (who produced trench boots and gas masks for both world wars, among other things) meant Fountainbridge was the workplace of thousands of people for over a century. Today the area’s not likely to be on many (any?) tourists’ must see list. A more modern, industrial area of town, it certainly can’t compete with much of Edinburgh in the beauty stakes. Right now the biggest reason locals would go there is the rather unsightly Fountain Park entertainment complex. So it’s great news that a project like this will give the area some artsy-cool cred.

If walking round the outside of an abandoned building is not enough to sway you away from the cobblestones and cashmere of The Royal Mile, you could actually make an afternoon of it by having lunch at The Fountain, and then having a wander along nearby Union Canal.  The Fountain does consistently good, affordable pub food and is a major step up from the chain pub across the road at the cinema complex.

Relatively unknown to tourists, the Union Canal offers a pretty, if sometimes annoyingly busy, path to have a wonder down. After all you’ll want to walk off some of the calories of the delicious sticky toffee pudding you’ll be ordering at The Fountain. If you have a bicycle, even better. The further you go along the canal, the closer you get to the beautiful Pentland Hills.

If that’s not enough to get you there, guess who was born in Fountainbridge? Come on, name three famous Scottish people you know and he’s sure to be one of them. Yep, Sir Sean Connery. Ooh.

The Film Fan’s Guide To Edinburgh