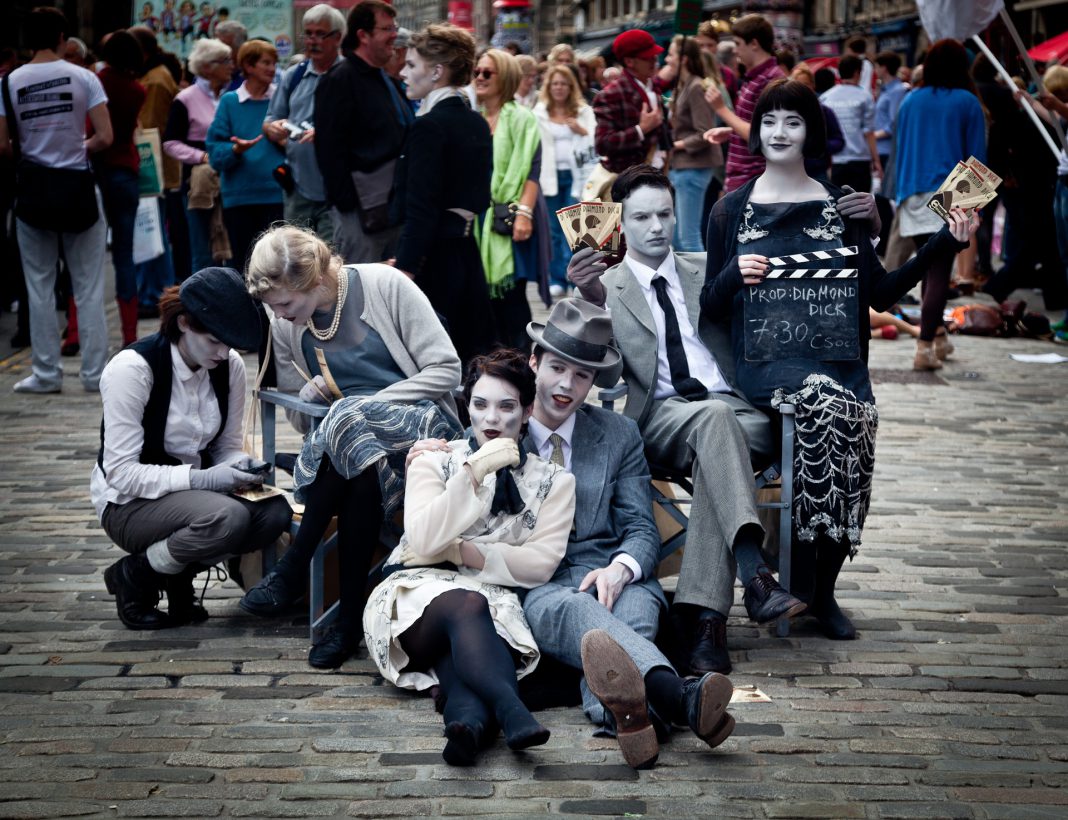 Every year when the Edinburgh Fringe comes around, most of us are faced with the same problem; with something like 3000 shows to choose from, where the hell do you start? Let me break it down for you, because that’s what you have to do, break it down, into much more manageable categories. One good category to start with is LGBT or LGBTQI or LGBT+xyz2Pi or wherever we are with the queer alphabet soup today. Below are my picks for 2017’s best LGBT flavoured Edinburgh Fringe shows.

Supposedly this is Hannah Gadsby’s last stand up show. If you saw her when she was here a couple of years ago for her comedy art history lecture The Exhibitionist, or maybe in the brilliant Aussie sitcom Please Like Me, then you’ll have an inkling of what you’re in for – thought provoking, intelligent and strangely sad comedy, if that’s a thing. Her new show Nanette won best show at the recent Melbourne Comedy Festival, so we already know it’s good, and if it is really her last comedy gig, it’s also a must see.

How to Win Against History

Returning to the festival for the second year in a row, this was my favourite show from 2016. Creator Seiriol Davies provides us with a hilarious history lesson in musical form about a little known UK aristocrat, the flamboyant, bling loving, and sometimes cross dressing Henry Cyril Paget, 5th Marquis of Anglesey. Somehow Henry managed to squander his family’s fortune only six years after coming into his inheritance and died penniless aged twenty nine. His relatives then did their best to erase him from history. A three hander, I saw How to Win Against History last year in a portable shed big enough to fit about thirty people in it, so be prepared for some literally in your face musical theatre.

What is romance when you’re both polyamorous and pansexual? New York comedian/actress/writer Mindy Raf tries to enlighten us with her first hand experiences of what is, for most, her non-conventional ideas of romance and relationships.

That’s What She Said

That’s What She Said is a popular, regular night in London and it’s made its way north for the festival. Expect spoken word, poetry, comedy and story telling from a nightly changing roster of talented, award winning women with a lot on their minds.

Hilda and the Spectrum

This sounds like my kind of silliness – clowning, ad-libbing, absurdity and endless pop culture references. Plus I like the flyer art (another handy category you can use to choose shows). The show’s description on the Fringe website also had me giggling, so that’s all the encouragement I need. Oh, and it’s free.

The Girl from Oz!

Of all the drag acts I could have picked, I’ll admit, I’m just a tad biased here. Courtney Act is Australian, and though I’ve long since left the land of Oz and didn’t even watch Courtney almost wining season six of Ru Paul’s Drag Race, I do remember watching her on Australian Idol way back in ye-olden-days of 2003. So for me it’s nostalgia, for everyone else it’ll be fun, (probably) camp drag versions of some of Oz’s biggest musicians’ biggest hits. We know there’s gonna be some Kylie but If she throws in some Divinyls, I’ll be very very impressed.

My favourite Edinburgh queer collective, Dive Queer Party, are back again to showcase different guest performers each week to give us ‘the queerest pic’n’mix of the festival’.

And speaking of local Edinburgh queers doing things during the festival to entertain us, have a read here for more Edinburgh LGBT options.